Garden mothing still rocks, with new stuff turning up in all the time, including possibly the coolest, most bonkers-looking common moth, the Buff-tip. 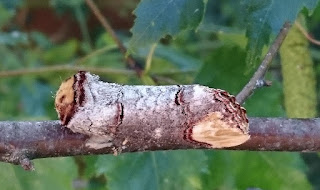 However, there are some cracking wildlife sites near York, with some top moth notoriety and, having borrowed a rather heavy generator from work, I lured Rich over from Flamborough to have a crack at finding some new stuff in the LDV. With the help of NNR manager Craig, we put out three traps last night; one at Bank Island and two on Wheldrake Ings - with permission of Yorkshire Wildlife Trust of course :-)

So, a 5am start today and after a quick drive we were soon staring wide-eyed at the most amazing kaleidoscope of moths ever, in the Bank Island trap.

There was probably 300 moths inside, with dozens of gaudy Elephant Hawkmoths adorning every surface. After carefully picking through the egg trays, we had amassed over 50 species of macros including a cracking Pine Hawkmoth, my first Small Elephant Hawkmoth, an exquisite Lilac Beauty, a handful of delightful Peach Blossoms, spectacular Garden Tigers and lots, lots more. Really exhilarating stuff! 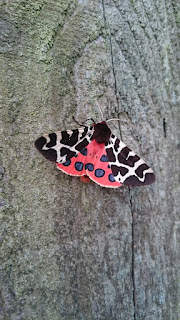 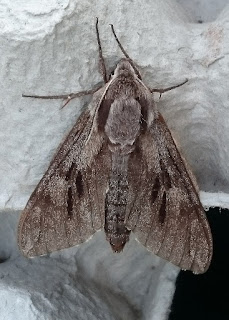 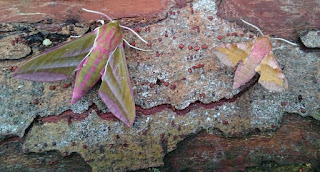 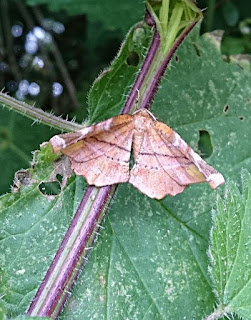 Time was getting on - it was nearly 6.30am - so we headed on to the Ings. Sadly, the traps here were pretty empty in comparison and we failed to find anything particularly impressive, though we did add several more nice moths to the day's haul, including a couple of new species for me, such as Oblique Carpet. Little Egret, Red Kite and Green Sandpiper all flew past while we were mothing, and Reed Warblers and Blackcaps were still singing. A couple of Barn Owls flew around the meadow too. A great start to the day. 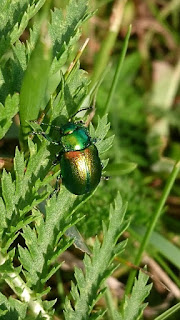 Had a potter round the LDV with Rich before heading back to Bish to have a look at the local Tansy Beetles. At first it seemed we would be unlucky, but Rich managed to find a trio chilling out in a Tansy patch. Toast was next on the agenda, followed by a crack at Dark-bordered Beauty (another moth) over at Strensall Common, but sadly we couldn't find any. Apparently the Creeping Willow (the caterpillars' foodplant) is dwindling on site and this is causing this rare moth to decrease sadly. Rich went back a bit later and found out somebody had caught one with a light trap last night, so they are still clinging on. A few Large Skippers and Common Darters were the only bugs of note, along with some nice Spiked Rush and plenty of flowering Cross-leaved Heath. A few Tree Sparrows were around the railway crossing.

Otherwise, since the last update, I finally managed to see a British Little Bittern, with what was presumably the Lakenheath bird from May having moved north to Old Moor. Unlike previous efforts, this one showed well within ten minutes of arriving, flying over the reedbed for a couple of hundred metres, allowing pretty good views. Nearby, a moulting drake American Wigeon was on Wath Ings and some very nice Southern Marsh Orchids were growing by the path. 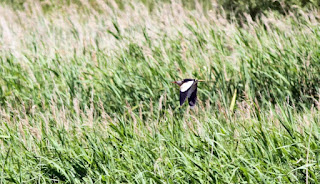 Little Bittern by Keith Dickinson - I pinched this off the internet- I hope he doesn't mind. 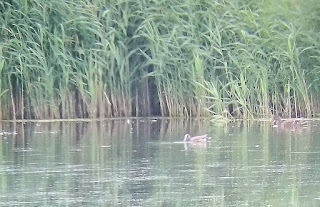 Grotty Yank.
The Bee Orchids and a couple of Pyramidals were along the verge by Askham Bog on the way back - good to see them again. Back home it seems the House Martins are incubating... 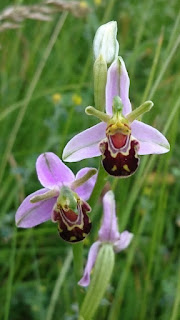 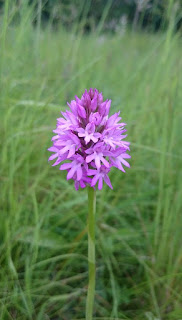 Lastly, Tree Bumblebees are hanging around the office - this one flew in the office window and was released after a quick photo session. 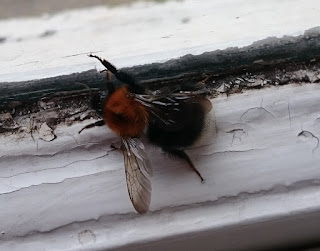