Quiet this morning with 20 Pochards the only count of note. Yesterday 13 Pintails was a great count, 11 of which flew off south. A drake Goldeneye was also present.

Four hours of litter picking on Spurn as part of the post-surge clearup was rewarded with views of three Bewick's Swans with Whoopers near Long Bank on the way home. 50 volunteers who rocked up to help in the rain this morning renewed my faith in humanity after the distressing duck murders last night. 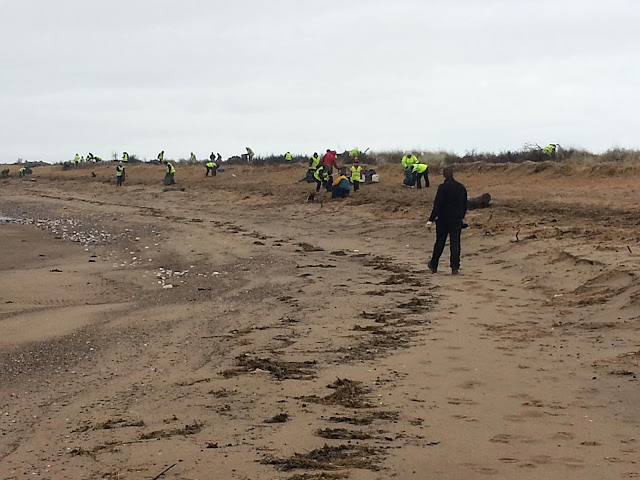 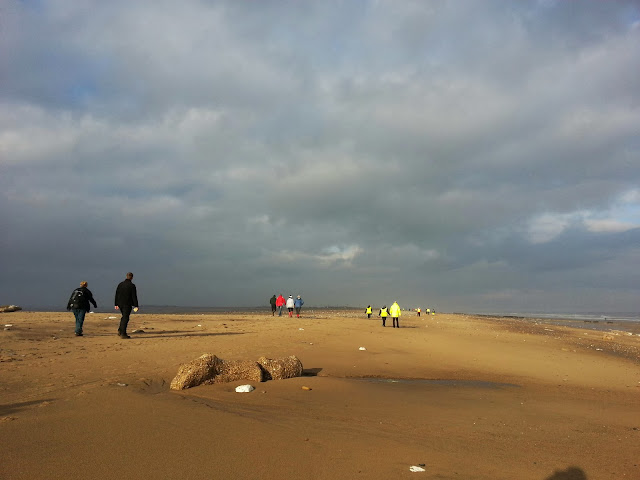 More ducks than you coukl shake a stick at

Hadn't made it to the Ings for a few days due to Dad duties, so was quite excited to get a few minutes before work on Thursday. And what a treat! A splendid drake Goldeneye was busy head-tossing to the resident female while a Shelduck swam about looking a bit lost. At the back four male and a female Gadwall were loafing with the Mallards, whilst further right, a drake Teal was a nice surprise along with the long staying Wigeon pair. Awesome! No Goosanders, but still several Pochard, plenty of Tufties and the immature drake Shoveler. Great!

This morning (Friday 17th) was a little bit uneventful, but my Dad went later and counted over 30 Goosanders.

The worst thing is some git is taking shots at the gulls and has so far nailed two adult Great Black-backed Gulls and injured another one, which has been sat forlornly by the water's edge in the same place for a couple of days, waiting for starvation, blood poisoning or a Fox to bring it some peace. I am hoping to catch the guy in the act this weekend...
at January 17, 2014 No comments:

A frosty start, possibly the coldest day of the winter so far. Started at Acaster floods where a dapper pair of Wigeon were the only new birds.

On to Askham Bog to lead a walk. Usual stuff present the highlight being my first ever Kingfisher at the Bog by the pond briefly.  The Woodcock was in it's usual spot and there were plenty of Siskins and Lesser Redpolls around.

Another look at the floods late afternoon revealed a slight increase in Aythyas wiyh 86 Tufties and 16 Pochards. The pair of Wigeon were still there. 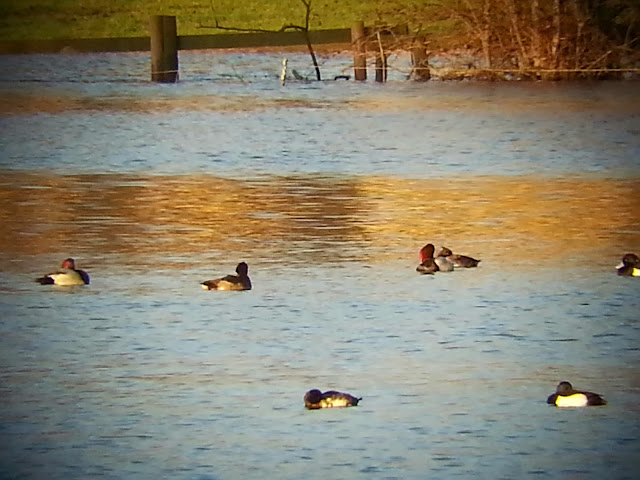 A wade through the floods first thing was well worth it with the water covered in birds. The Aythya flock continues to grow with 76 Tufties, 15 Pochard and at least one Goldeneye. The Goosander flock remains static at 21 but Shoveler numbers have grown by a massive 25% to four. Across the river c200 Teal were on Naburn Ings and a Nuthatch and two Great Spotted Woodpeckers were in the tall trees.

Later on I checked out Wheldrake Ings which was reasonably flooded and covered in a carpet of Wigeon, Teal, Pintail, Shoveler and Mallard. Highlights were a smart first winter Mediterranean Gull, a spectacularly stooping tiercel Peregrine, 7 Pinkfeet, 8 Shelduck, a displaying drake Goldeneye,  3 Ruff, 10 Dunlin and not forgetting a Willow Tit by the bailey bridge.  Very few large gulls came in to roost but probably 5k Black-heads.

9 Pochard this morning though Tufties down to c40. The Aythya were tricky to count as they were very actively feeding and scattered across the flood. The three Shovelers remain.  The water is now very high just upstream at Bishopthorpe Ings. 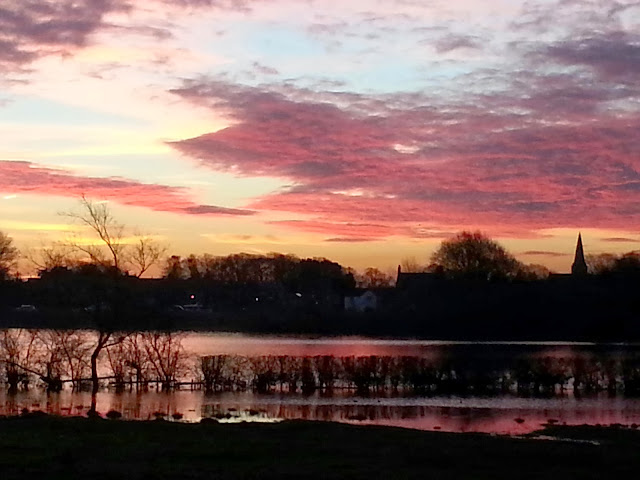 More rain over night but the new floods have subsided and Church Ings is back to the weekend levels. A big increase of Aythyas since Tuesday with 64 Tufties and 6 Pochard.  3 Shovelers still present.

A picturesque dawn with rising floodwater preventing me getting along the Ouse bank, so we followed the road to the church.  Four Wigeon flew in joining four more on the water and three Shoveler were in front of the hedge. Five Goosanders and 39 Tufties still. 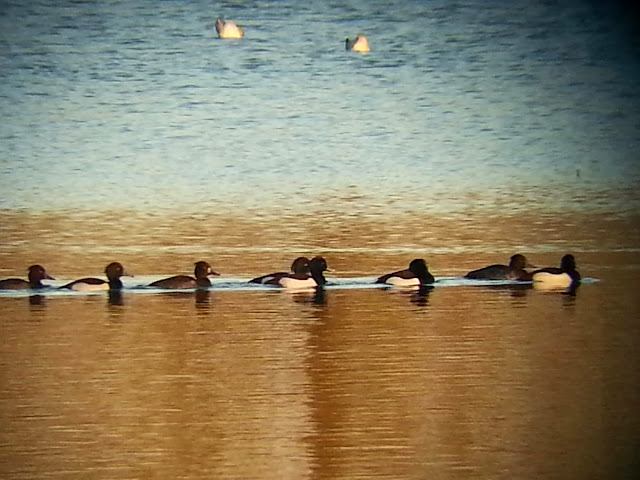 First day back to work. Checked the floods- it was only just light enough by 7.50. 3 Wigeon were new plus 39 Tufties.  A smart drake Goosander gleamed like a cream beacon in the dawn.

Mike Clegg Memorial Bird Race Day. I have Dad commitments so my birding confined to the dog walk first thing. Church Ings quiet with the pochard having departed though most of the tufties still present. Several goosanders loafing in the orangey early morning light.  As I left four pintail cruised in- awesome! Good luck to all bird racers!

Two visits to Church Ings today (fitted around Dad duties- early morning dog walk, mid afternoon trip to recycling point and shopping for supplies- each of which I made sure passed my new temporary local patch!) revealed two new species: a drake Pochard with the growing Tuftie flock (now 32; 27m, 5f) and a pair of Gadwall.  The drake Pintail was flying about having somehow lost his mate. The two female Goldeneye were still present and c20 Goosanders.  Lots of gulls came in but still no scarce.

This patch of floodwater seems to be pulling in a few birds as they move along the River Ouse. Most of these ducks are scarce in the Vale of York away from the Lower Derwent Valley and Castle Howard, so it is interesting that they are clearly moving through the area, usually without stopping.

All photos phonescoped in poor light.
at January 04, 2014 No comments:

Two Pintails on Church Ings, Acaster Malbis this morning was an awesome surprise being pretty scarce away from the LDV and Castle Howard.  Also two female Goldeneyes, 21 Goosanders, c20 Tufties and 40 Mallards. Nice! 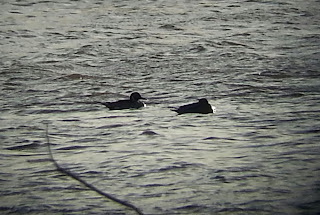 After a lot of legwork, finally found the flock of Parrot Crossbills in Sherwood Forest at Budby Common. Confiding and silent and busy ripping cones off pine trees.  One male sported a distinct wingbar. 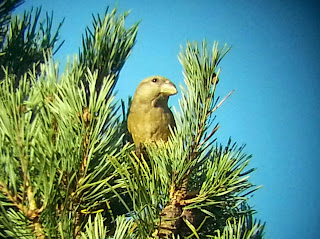 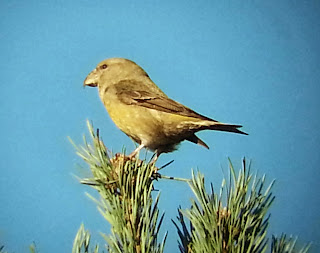 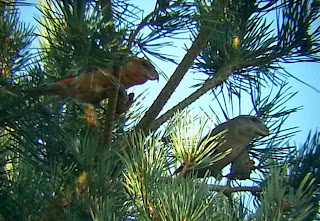 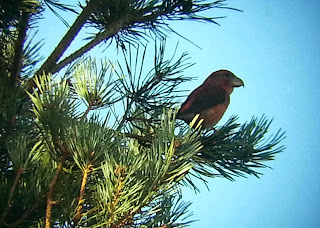 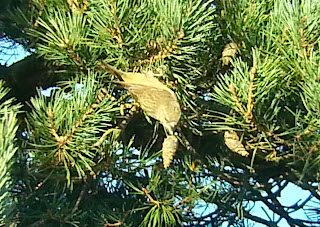 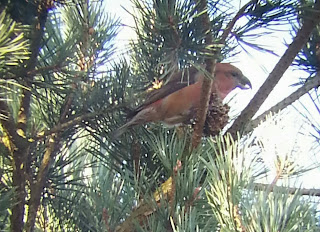 2014 got off to a good start when a Green Sandpiper got up in front of me and the pup as we took our morning constitutional along the receding floods on Bishopthorpe Ings. Feeling inspired and with last night's hangover fading, I tramped around the wet grassland hoping for a Jack Snipe but my luck failed to hold.

Later, a quick walk with the family and Philip around the Askham Bog boardwalk revealed a couple of Marsh Tits and Bullfinches and amazingly a Woodcock ejecting off the floor in the same place it has been the last three winters.

Later still, an hour at Acaster Malbis church revealed a corking flock of cream Goosanders (16, inc 11 males) cavorting on the floods, plus the pair of Shovelers again, along with 21 Tufted Ducks. Sadly, the gull flock was pushed off by a man on the far side who had with him a shotgun, a labrador and a nasty plan. As I stood on the iron bridge hoping for an Otter (and seeing to my surprise two Little Grebes on the Ouse) I heard the bang of both barrels to the south. I hope the strengthening breeze gave the ducks extra speed and the man had to settle for pizza.
at January 01, 2014 No comments: