Late Post - 29 October:
Following a fantastic October fall-wise, I had high hopes for my last trip to Flamborough of the month. Nothing rare, but really enjoyable birding nevertheless, with four Woodcock flushed around Old Fall being the best, although I was bewitched by the number of Blackbirds along the Old Fall hedge. There was easily 200 in the area and at one point I had 38 feeding on the path viewable from the plantation looking north, with 20 on the path looking south. Really cool! An odd Brambling added a touch of peachy class to proceedings, with single Chiffchaff and Blackcap the only warblers noted. Three Teal were on the little pond in the sheep field. 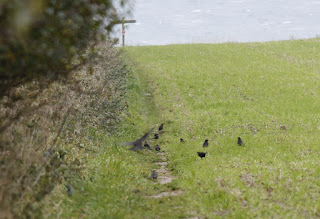 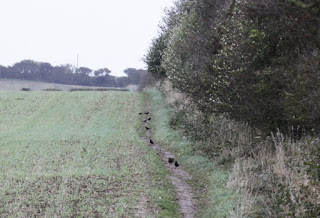 Blackbirds, south and north along Old Fall, plus fresh-in Brambling. 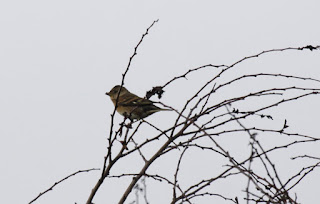 Went looking for Golden Plover flocks around the LDV, finding a cracking flock between Stamford Bridge and Kexby. At least 1000 Goldies plus half as many Lapwings. Unfortunately a rather smart adule male Peregrine and a bumbling Buzzard liked the look of the flock too, which prematurely stopped my efforts to find a rare.

In charge of the kids all day, so headed to Scarborough where a combo of harbour birding, chips and amusement arcades would hopefully keep us all out of mischief. We were possibly the only people heading east from York as squally rain showers piled in from the west on a brisk wind. Not the best beach weather, but we managed to check out the sands nevertheless. Found two Black-necked Grebes, half of the quad that has been present. One was incredibly approachable loafing about among the moored fishing boats. It did a lot of simultaneous wing and leg stretching, enabling us to check out it's rather smart white secondaries and inner primaries at close range, plus its freakish lobed toes. Addie decided the birds were evil, with their rather satanic red eyes. I thought they were pretty cute. 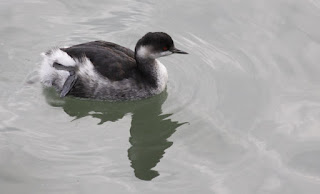 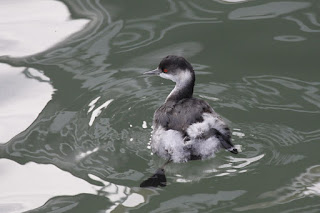 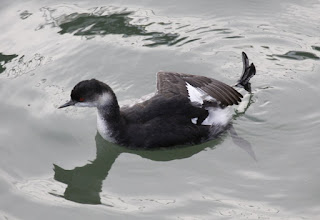 You can't moan, can you?

The Lower Derwent Valley flooded following plenty of heavy rain over the last week or so. Headed out to Wheldrake Ings on Saturday afternoon (21st November), to find the path pretty treacherous, but the floods not as high as I'd imagined. Awesome views out of Tower Hide of c85 Pink-footed Geese feeding on the grass plus several hundred Greylags and thousands of Teal and Wigeon. 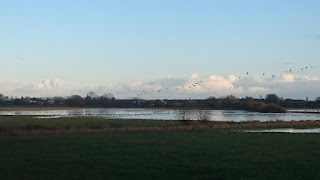 Wandered, or rather, waded up the path to Swantail Hide. As I approached, a bird suddenly called from the ditch edge to my right  - Cetti's Warbler! I stopped dead and sure enough, the bird called again. It seemed to be on the edge of the reeds by a small Sallow, but frustratingly remained out of sight. I watched intently and moved to a better position. Annoyingly, the bird moved the opposite way and called from further up the ditch. I back-tracked but after several minutes the bird went quiet having failed to show itself. This is my first record of Cetti's Warbler in the York area having dipped several in the past. Surely it can't be long before they colonise the Derwent? Time was getting on so I had a look out of Swantail where another 15 Pinks were on the water, plus 10 Pintail, a brace of Gadwall and a handful of Shoveler. This was beginning to feel like birding in Broadland! Something was spooking the geese and ducks over on the floods but I couldn't see a culprit. I headed back round and the Cetti's called again repeatedly, this time on the other side of the path. Nice! Back at Tower Hide, a Buzzard was bouncing around on the grass much to the annoyance of the geese. Whether this had been what flushed everything I am not sure. I headed home very happy, not bad for a couple of hours out. 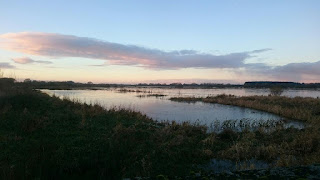