As is now tradition I like to spend my birthday birding at Spurn. Phil and me headed off early and went straight to Sammy's. More birds than last week, though nothing unusual, the best being two Ring Ouzels. 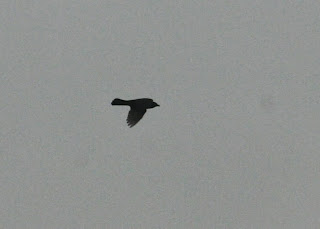 On to the Point to look for a Richard's Pipit which had long since departed. As we walked up from the Point car park, the air was alive with Redwings and Song Thrushes. Nice. Pausing by the Parade Ground, flocks of Brambings and Chaffinches wheezed and chupped around the bushes. A Redstart shot past. A few Willow Warblers hoo-eeted in the Buckthorn. We paused to overlook a sheltered dell near the VTS tower, where two Redstarts fed from dead elder stems. A Marsh Harrier flew past the lighthouse in the distance (top right of photo below). 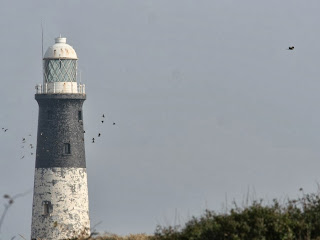 Suddenly, a bird exploded out of nearby cover, we swang round as it called twice a squeaking loud tzeep! I exclaimed 'Olive-backed Pipit!" It flew round in a circle in good light, looking contrastingly dark olive above and bright persil white below with buffy breast and face. Not much else was discernible, but it looked pretty good for an OBP. It looped round and seemed to be dropping as it went out of view behind the VTS tower. We radioed the news out and then spent an hour and a half looking around the area, seeing Lesser Whitethroat, Blackcaps, more Redstarts, Pied Flycatcher etc, but no further sign of the OBP. So, my birthday present would only go down as a possible...

On we went to Chalk Bank, where we saw the Red-breasted Flycatcher and a few more Redstarts. We hoped the Richard's Pipit would be here, but we failed to find it. A very tame male Siskin fed along one of the paths, presumably never having seen humans before. A lovely little bird.

After lunch in the pub, well, it was my birthday, we walked round the triangle. No sign of Tim's acro by Pallas's Pond, but three Jack Snipe on the Canal Scrape were nice and much closer than last week. A fine Spotted Flycatcher was by Cliff Farm, but we failed to find any Firecrests or Yellow-brows in the strengthening winds. With the onset of rain, we headed back west. 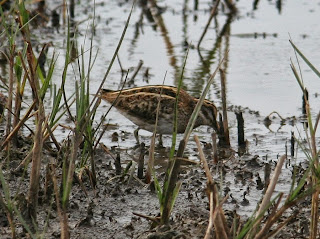 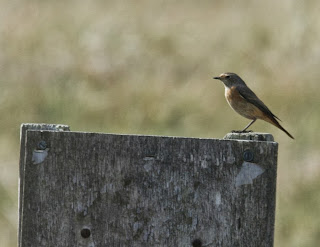 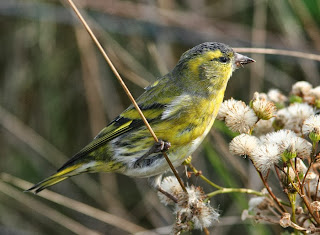 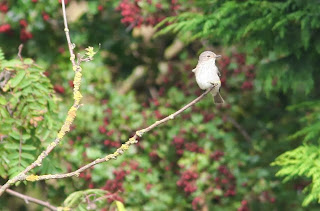