Last day of the holidays

Tried Hes East again first thing. A Common Sandpiper was my first for the year, plus a Golden Plover loafing by the lake and a fine male Wheatear by the Willow tree. A Yellow Wag flew over and both Lesser and Common Whitethroat were singing near the sports centre.

The Gropper was still reeling away this morning and I managed to get a couple of photos of it. It is remarkably confiding, but usually stays low in the brambles. At one point it flew across the track into a cherry tree and though sitting in shade, it was quite out in the open. A really nice little bird. It is interesting to see how many people walk, jog or cycle past and despite this loud weird noise emanating from the brambles, they don't even seem to notice.

Later, we went up to Staveley Nature Reserve, where we missed an Otter my minutes. A Common Tern was my first of the year, but little else of note save several Red Kites over the A1 near Boroughbridge. 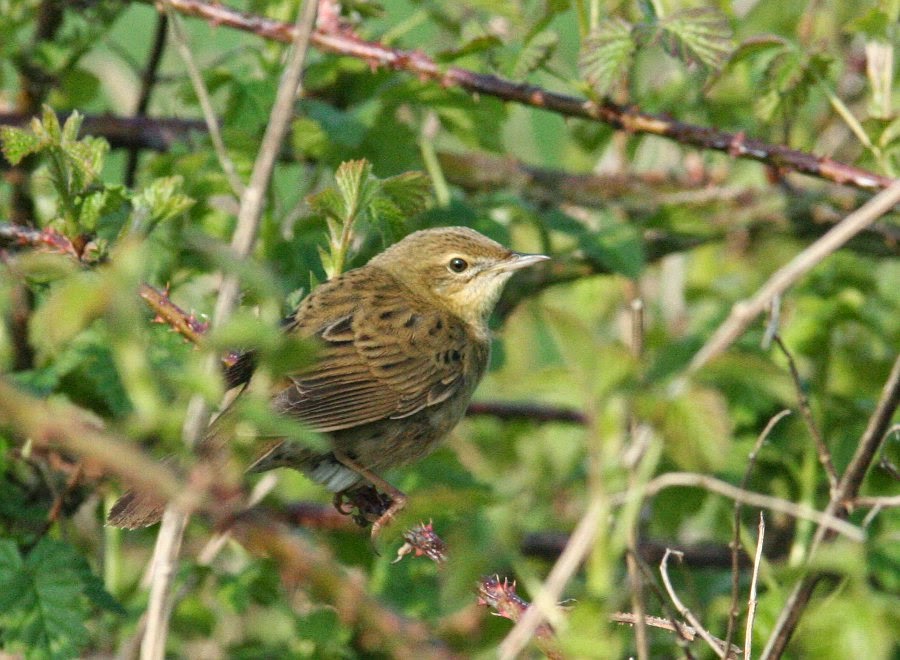 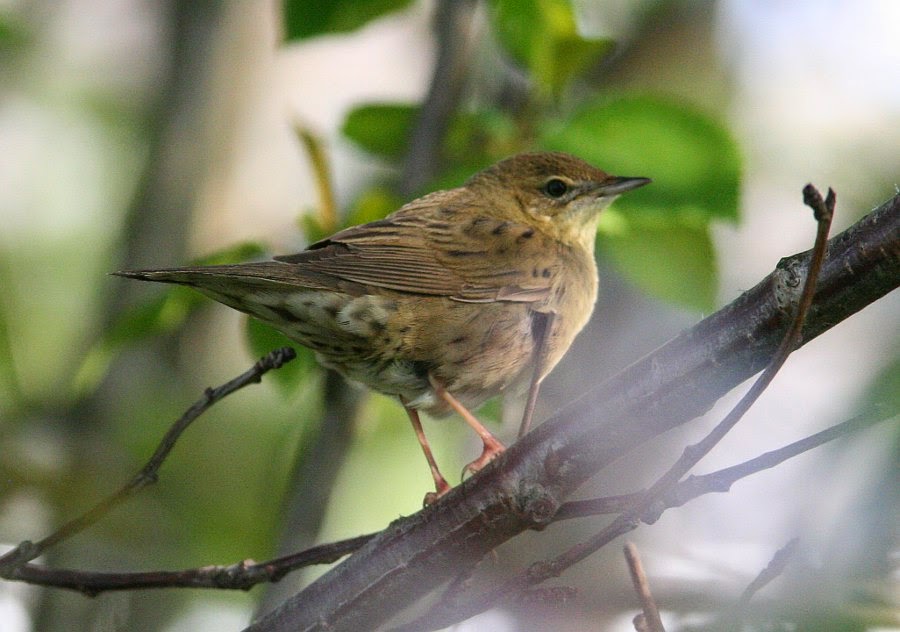 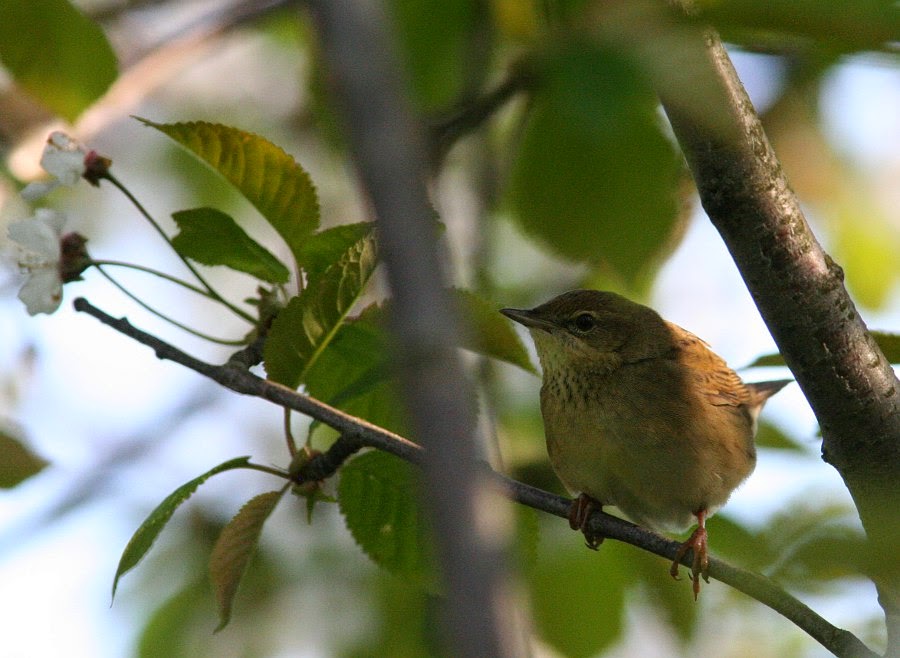