Went down to Wheldrake Ings this evening and after a pleasant migrant filled stroll, found myself looking over the Refuge for a Garganey or maybe the returning Brent Goose.
Anyway, I soon picked up a pair of waders one of which was clearly a Redshank and the other, remarkably a Lesser Yellowlegs! What?! I had been watching both Lesser and Greater Yellowlegs last Thursday in Florida which was handy I suppose and it was immediately obvious to me what the bird was much to my own disbelief. The small, slender long-winged shape, all dark fine bill, dark brown and white plumage meant despite my nerves and excitement the ID was fairly straightforward. After a few minutes, a second Redshank appeared and chased the Legs off, which flew low north towards Swantail, calling. In flight, the plain wings and a small white rump patch were noted, as well as projecting feet. I lost the bird behind willows but could hear it calling like a higher pitched Greenshank I suppose. I scooted down to Swantail but failed to refind it, so 20 minutes or so later i went back to the original spot and a few moments later I heard the bird calling from over the refuge and it came across low and landed out of sight on the near edge behind the grass. A few minutes before Andy Walker arrived and it took flight again, off towards Swantail calling as before. This time I failed to refind it as it didn't seem to come back on to the refuge which was a bit gutting. Within half an hour the light had gone and that was that. I hope somebody refinds this tomorrow as I won't be able to get there until Friday at the earliest.
During all the panic, a Yellow Wag flew over, a Sedge Warbler sang noisily from the reedbed and plenty of House and Sand Martins and a few Swallows were over the pool.
After birding Wheldrake since 1981 this is by far the best bird I have been lucky enough to find here. Hopefully it won't be as long until the next one! 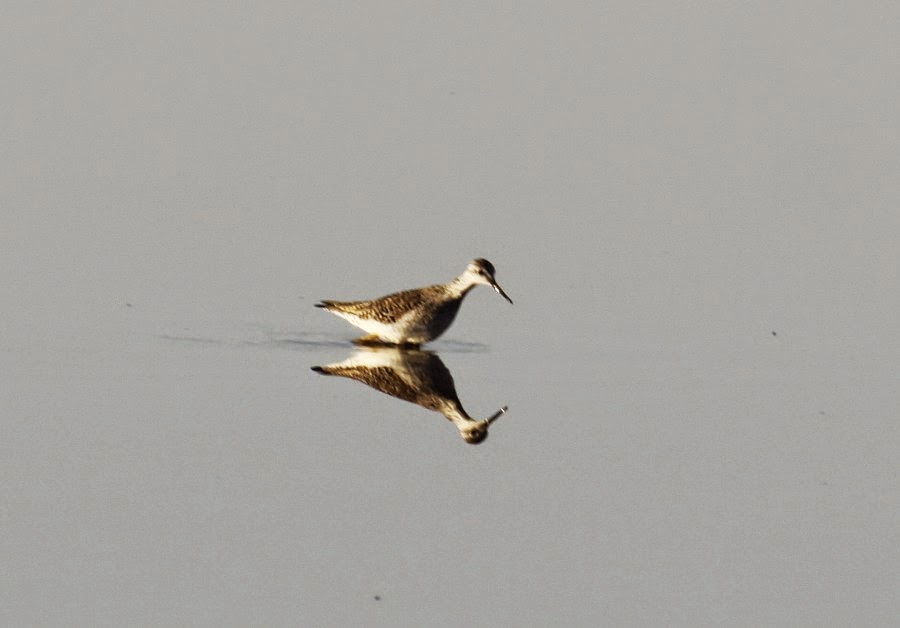 One of the many Florida Lesser Legs seen a week or so ago.