Headed down to Wheldrake Ings once family duties complete. The two female Scaup reported earlier were still showing well on the flooded main meadow, their white-faces brightly marked, while an adult male and immature female Peregrines cavorted noisily around. Four Oystercatchers were piping maniacally and Curlews were displaying - all very spring-like. Another female Scaup appeared among the Tufties on Swantail. I wondered if these could be the Hes East birds, so I decided to head down the river to check the refuge for the remaining two. Sadly, the flooding Derwent stopped me short of the old Riverside Hide so I had to turn back. Other birds of note today c43 Dunlin with c300 Lapwings, 5 Golden Plover and 8 Goldeneye. 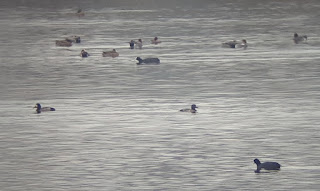 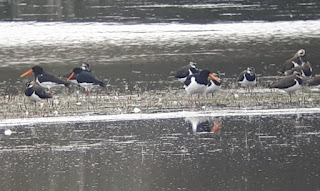 In other news it has been a bit of a media week. My butterfly article got published in Yorkshire Life magazine, I am on the Paul Hudson BBC weather show this weekend talking about winter, spring and the sealife wreck on the east coast, and my feature on the Champions of the Flyway Bird Race was released in the York Press today. Not sure how any of this has happened but all good fun! 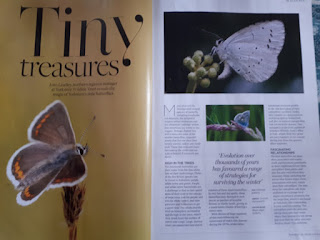 Meanwhile, the new day job has been quite exciting with trips in the past week to Appleton Mill Farm on the edge of the North York Moors, and then yesterday, I went up to Mealbank Quarry near Ingleton in the Yorkshire Dales. This former limestone quarry will shortly be leased to Yorkshire Wildlife Trust, once I have sorted the lease conditions out! Graham and myself had a walk round and had great views of two Ravens in the spring sunshine, along with a pair of Kestrels which look like they will breed on the cliffs. It is a great place and we are looking forward to starting work on site, with a focus being on trying to sort the habitat for Northern Brown Argus and the limestone plants that inhabit the area. 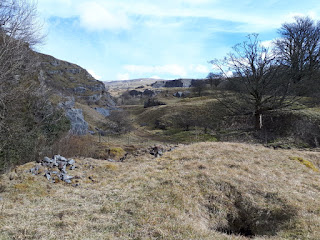 A view north up Mealbank Quarry towards the snow-capped Ingleborough in the distance.
at March 10, 2018