After months of fundraising and awareness-raising, the time had arrived for the Zeiss Yorkshire Terriers to depart a freezing, snowy Blighty and head south to the scorched, arid lands of Israel, for the Champions of the Flyway 2018. A wonderland of birds awaited as we boarded our Easyjet flight to Tel Aviv, and within five short hours, we descended over the Mediterranean into the Israeli capital. Yorkshire Terrier Captain, Mark, spotted our first bird before we had even landed - a Squacco Heron! 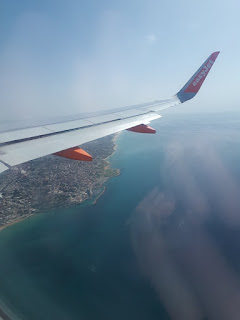 It was a pretty simple journey to Eilat, or so we thought, but we were soon lost on the ring roads around Tel Aviv in rush hour traffic - not a great start! Nevermind, we saw Jay - of the Black-capped atricapillus subspecies, along with Red-rumped Swallows, Black Kites and Ring-necked Parakeets. With some dogged determination, the Terriers soon found the right road and headed south.

After an hour of rolling barley covered hills, we pulled into a service station for some tea and birding. My first three 'lifers' of the trip - Palestine Sunbird, Ruppell's Warbler and Graceful Prinia  zipped about in the scrub around the car park, but first prize went to a lamb kebab, which was to be pretty much my last meat of the trip.

Calamity struck when I couldn't start the car. This automatic with added theft prevention measures needed a precise sequence to start it, none of which involved a key! After many attempts Rich called the breakdown line and had the first of many conversations with a very patient Israeli woman called Amy. Amy did her best to help us, but failing that, she arranged for a mechanic to come out. It was now dark, we were three hours north of our destination, and a bit strung out. Dig deep Terriers! I decided to have a wonder round the car park to see if I could spot anybody who could help. The first guy offered to help, but he simply rang Amy again, causing her unnecessary confusion. Next up, I approached two young lads who were trying to jumpstart a minibus. One of them spoke great English so he agreed to help. Much to our embarrassment and complete relief, he explained that the code number we had to enter to unlock the immobiliser, 14703, had to be followed by a *. Well, if only we had known... He tried this and it started first time! Hand shakes and smiles all round. We headed south and after three hours, the technicolour lights of Eilat welcomed us into the legendary birding town. We all crashed out, unable to sleep for the excitement about what tomorrow would bring. 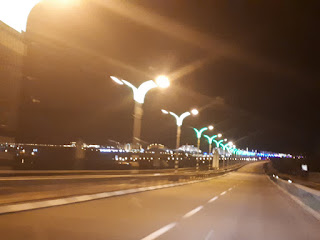