Yotvata, north of Eilat, provided some incredible views of Lesser Kestrels, a flock of which was present for a few days hunting insects amid the pumpkins and onions. They often spent time resting on some wires, allowing close approach. These were beautiful little falcons, the males incredibly handsome, with contrasting blue-grey heads and greater coverts, ginger mantles with a lovely creamy-buff chin and underparts.

I spent time looking at the females trying to fix them into my mind. For some reason, they weren't as confiding as the males, although views were still mind-blowing. Structurally, the cute little bill and longer wings proportionate to the tail tip was pretty distinctive, and up close the plumage features were apparent.

I have dropped in a couple of Common Kestrel pics at the end (two different females) taken locally in the last week or so for comparison. Note the differences in underpart markings on the female and the thickness of black barring on the upperparts- much narrower on the Lesser Kes. The Lesser also has a less distinct moustachial patch and more V shaped chevrons on the scapulars etc. The often-touted pale claws were not that obvious, appearing a dirty brown, but admittedly not black. 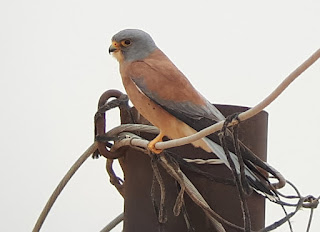 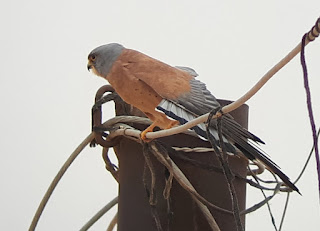 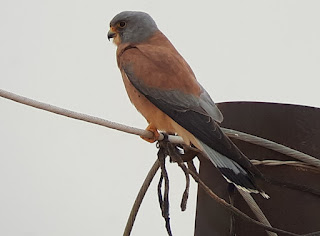 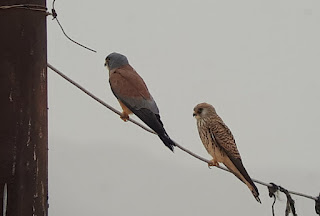 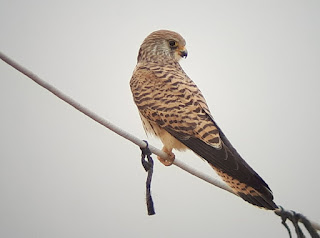 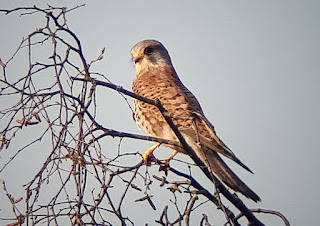 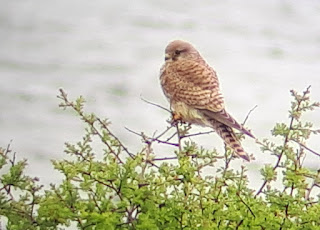 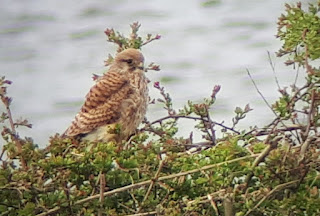