Two visits to Wheldrake today, the first this morning with the family, followed by the roost this afternoon, on my own. Whooper Swans and Pink-footed Geese clearly on the move today, with a number of skeins of pinks heading over northwest, presumably Norfolk birds heading for Lancashire. c50 Whooper Swans on the refuge, plus another 14 on the main flood, made for a fine sight, with another eight coming in at dusk. 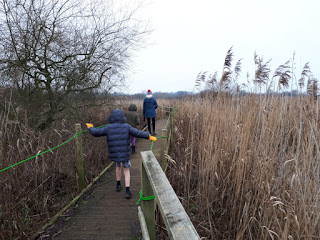 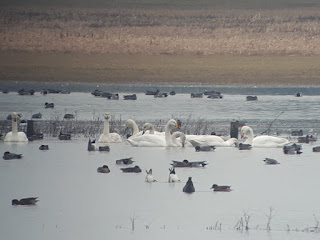 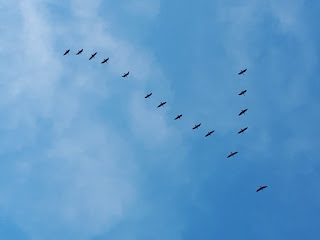 A distant first-winter Caspian Gull was the highlight of the roost which today included much larger numbers of large gulls than of late. Sadly, no white-wingers were in evidence. Two Peregrines caused chaos at dusk, with a blizzard of c20,000 gulls erupting off the water. As the cloud cleared, the temperature dropped and the mist rose rapidly across the ings. Walked back in the gathering gloom with Paz and Dunc. 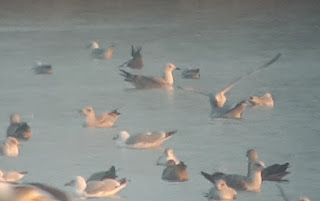 Apologies for the quality, this was phonescoped at great distance!
at January 20, 2019