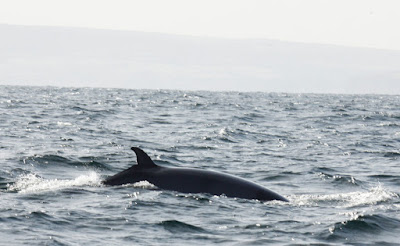 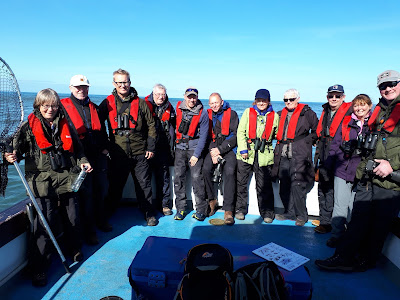 Yesterday's Yorkshire Coast Nature Seabird and Whale trip was truly amazing and I was privileged to be the guide. We headed south from Staithes and located a feeding frenzy like something off BBC's the Blue Planet.

The gathered marine mammals and seabirds were feeding on a vast shoal of spawning Herring, creating an incredible wildlife spectacle. At least 50 Grey Seals were hanging out in a tight pack, creating a hubbub with their snorts and noisy breaths, the scent of distinctly fishy breath hanging in the air. Surrounding the seals, Minke Whales cruised, sometimes in pairs and threes, their glistening backs breaking the surface in slate grey arcs. Sometimes their heads broke the surface in the rising swell as they came up for breath. The whales' stinky cabbage exhalations added to the seal's pong, creating a true nose bombardment!

Gannets hurled themselves headlong into the melee, creating plumes of foam as their spear-like bodies flew like projectiles into the waves. Their staccato cries mingling with the noise of the seals and whales blowing. Great Skuas, several of them, white wing-flashes flashing, harried the Gannets for Herring and at one point pandemonium broke out as I yelled 'Pomarine Skua' and the excited clients leapt about to get a view of this fully-spooned adult Pom as it cruised overhead. A Sooty Shearwater, dusky voyager from the South Atlantic scythed through the throng, giving us a close fly past, flashing silvery underwings. This was memorable stuff and left us all awestruck, breathless and grinning in sheer joy. Nature is wonderful. 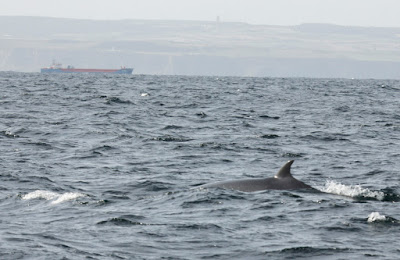 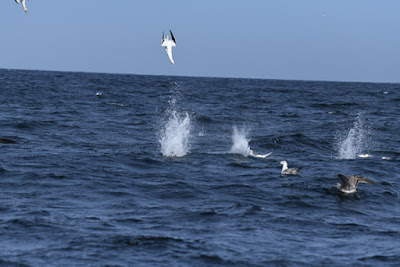 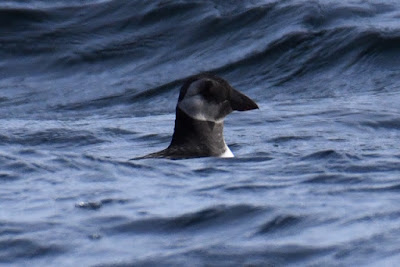 A young Puffin, a 'Puffling' eyeing us with suspicion (pic by Patrick Miller) 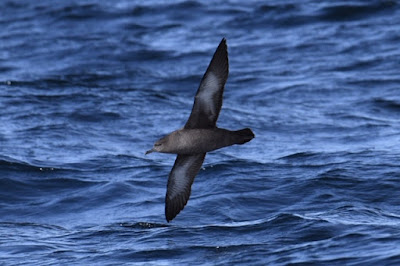 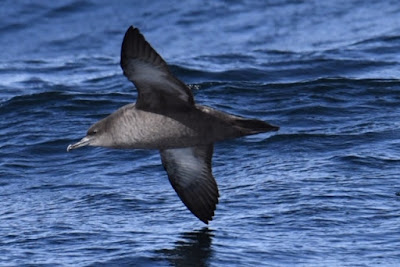 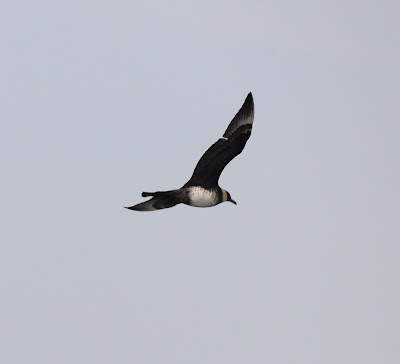 Full spoons! Adult Pomarine Skua heading past the boat (pic by Adrian Hotson), one of two seen during the day.
at September 17, 2019