Back in the early summer, the City of York Council rejected a proposal to build a large housing development in the fields to the north of Askham Bog nature reserve. 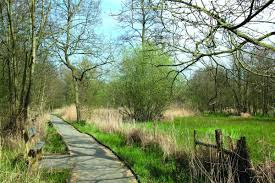 Barwoods, who put in the planning application, are appealing against the Council's decision. The appeal will be heard by the Planning Inspector at a public inquiry which starts at 10am on Tuesday 12th November and will run Tuesday to Friday for three consecutive weeks. It will be held at the York City Church, The Citadel, Gillygate. Members of the public are invited to attend. If you care about Askham Bog, please peacefully make your support for the Council's decision known and come along to the inquiry.

I hope to see you there.

I will share some of my memories of Askham Bog over the next few weeks.

Thanks for your support. This is my 700th post on this blog. How appropriate!