5th January was the Mike Clegg Memorial Bird Race here in Yorkshire, and this year, the recipient of the proceeds would be Jean Thorpe at the Ryedale Wildlife Rehab Centre. Jean is absolutely amazing and a one woman defiance of the disgraceful criminals who continue to persecute our beautiful birds of prey and other wildlife. Jean is not alone; we, in the birding and wildlife community stand with her and we were proud to support the fundraising efforts with our team, Nevermind the Woodcocks. The Young Upstarts, Jack Ashton-Booth, Tim Jones, Ollie Metcalfe and Chris Gomersall put together a fundraising campaign and the response was fantastic. Hopefully all the money raised will help Jean continue her fab work. As the Crowdfunding page will close imminently, if you wish to make a donation, check out Jean's blog. 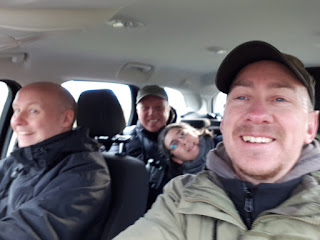 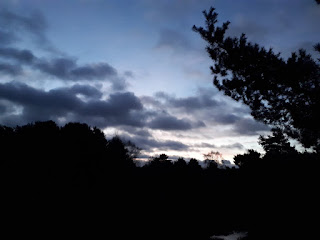 Skipwith Common at Dawn. Despite the mild weather, no singing Woodlarks, and no Green Woodpeckers. We did score with a Brambling, the only one of the day and plenty of Siskins zipping about, plus potentially tricky birds such as Long-tailed Tit and Bullfinch. A Woodcock flew close by as the first light illuminated the eastern sky, lifting our spirits in the chill air. We headed for Menthorpe Lane where the struggle continued and then up the east side of the Lower Derwent Valley. 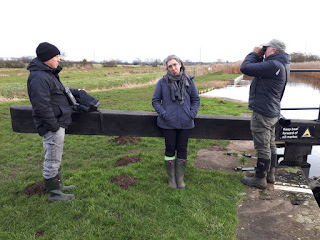 Melbourne Lock. We had had some bad fortune, missing several birds by lunchtime and we could feel the race slipping out of our grasp (although to be fair, it was never in our grasp!). Two of the team forgot to take their lunch down to the lock too, so were feeling doubly low, especially as neither Cetti's Warbler or Stonechat was ticked. Shortly, Rich picked up the missing skein of eleven White-fronted Geese which had been flushed by a farmer from a field near East Cottingwith and this improved our mood.

This was followed by a comedy incident, whereby Paul managed to get his car stuck in the mud. The Young Upstarts arrived and offered a hand. It was incredibly difficult even with seven of us pushing, until Paul realised it was easier without the handbrake on! Much mirth and we added Kingfisher courtesy of Chris's sharp eyes, who noticed a bird sitting on a fence half a mile away. 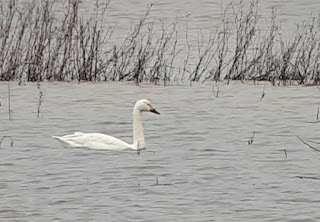 After adding Marsh Tit and Nuthatch (not always easy), we headed for Wheldrake but had to double-back for the pair of Bewick's Swans which had been refound on Bubwith Ings. Paul was happy as this was a lifer for him. 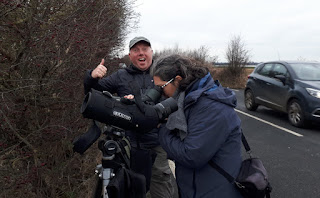 Meanwhile, across the road, Rich seemed just as pleased to add Dunlin to the list! With lifted spirits we shot down to Riccall/Barlby to look for yesterday's Iceland Gull which had been refound by the Upstarts. Sadly, minutes before we arrived, it was flushed. We gave it half an hour, but it failed to return, so we headed for Wheldrake for dusk. 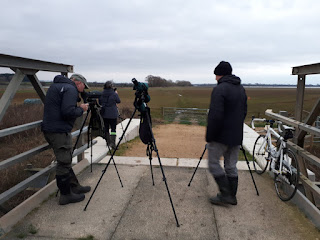 Our total had reached a modest 86 and from the spanking new bridge at Wheldrake Ings, we added Curlew and Coot. We tried in vain to find Little and Barn Owls as the light dimmed,  but to no avail, and the Wenlock Arms seemed like a place to relax and admit defeat, with our lowest score to date, 88.

Well done to all the teams, and especially the Young Upstarts for smashing their previous York record, with an amazing 108, and for all the teams for taking part and raising valuable funds for Jean. 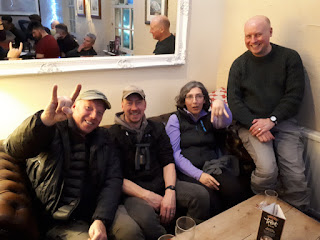