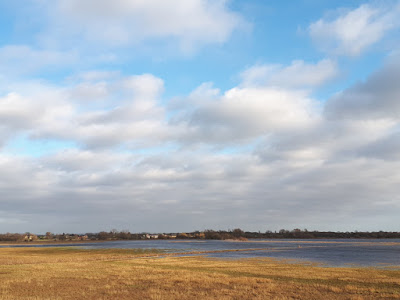 I was tired and it was windy, but an hour at my favourite wetland, Wheldrake Ings, was enough to clear my head and ease my soul.

Today was all about looking harder. A big gang of geese, were roosting in the grass in front of Tower Hide. Four birds set back from the pack could have easily been passed over, but something caught my eye. With heads tucked up, breast towards me into the wind, were they anything other than Greylags? They looked smaller, with darker heads, but I couldn't see much. After a few minutes, one lifted it's head, validating my hunch - a smart Tundra Bean Goose, with shiny black bill and a crisp tangerine band across near the tip. I kept watching and the others occasionally lifted their heads too. They had a variable amount of orange on the bill, as is typical in this species, and one bird had a bit of white feathering around the bill base- also reasonably typical. This is the best view I have had of this wintering quarter; they seem to head off before light to feed in nearby fields and then return at midday to loaf about for the rest of the day and night. Smart birds. 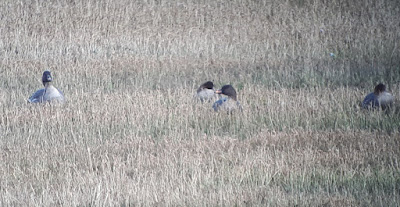 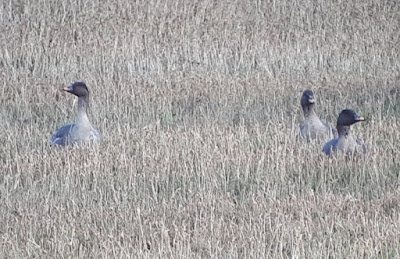 There were a lot of ducks to scan through, but perhaps not as many as the other day, though many were tucked up in the emergent vegetation, keeping out of the wind. I couldn't find the Green-winged Teal, but was convinced it could still be here as it had been reasonably regularly seen in front of Tower Hide during the week. I redoubled my efforts and in among a near group, a white vertical stripe caught my eye. There's the boy!

He showed gloriously well, busily feeding with loads of his Euro cousins, Shoveler and Wigeon: a smart bird. c50 Golden Plovers and c500 Lapwings on the Low Grounds were also of note. 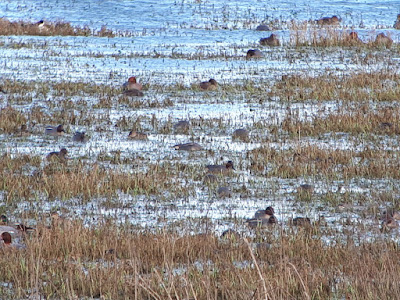 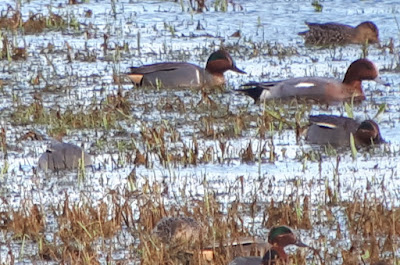 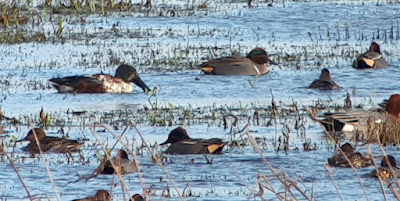 Green-winged Teal. Almost an annual visitor to the LDV.
at February 03, 2020