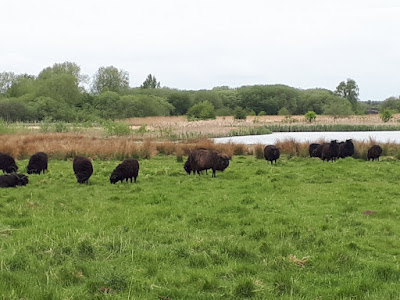 Some of our Hebs on South Pasture

Almost a year ago, Team Dirty Habicht strained our collective ears for the faint clicking reel of a Grasshopper Warbler in the scrubby grassland at Staveley YWT Nature Reserve. That was the final destination during our Yorkshire Big Day, where we managed to beat the previous record. Sadly, that evening we didn't hear a 'Gropper', nor a Water Rail, two species I knew should be present. 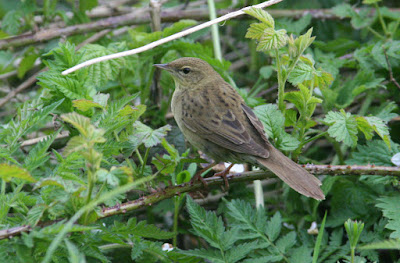 Gropper from Bishopthorpe a couple of years ago.

Today, however, I had driven over to Staveley to help catch up the 99 Hebridean Sheep to give them a foot bath, to help protect against ailments like foot rot. Before we got started I had time for a little walk around and heard not one, but three Grasshopper Warblers! In the dragonfly pond area, I had two reeling simultaneously from either side of me - Groppers in stereo- one of which showed well sitting in a leafless bush for a minute or so, with another by the first hide, where a Cetti's Warbler sang its explosive song. 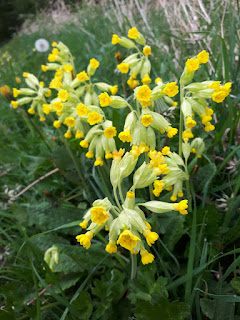 Cowslips were flowering across the reserve 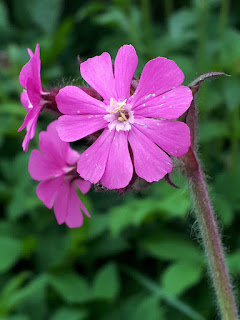 Along with plenty of Red Campion.