Eye of the Taiga 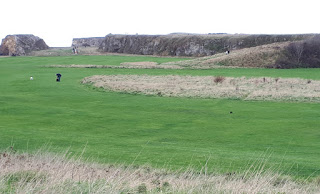 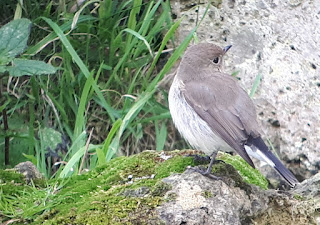 The Taiga Flycatcher was showing brilliantly on arrival at Trow Quarry, South Shields at lunchtime. It was confiding, and occasionally heard to utter its dry rattling trill. Behaviour much as Red-breasted Flycatcher, but a much greyer, duller bird. The bill was jet black and the uppertail coverts jet black as expected. Also noted, two Stonechats and two Dunnocks. 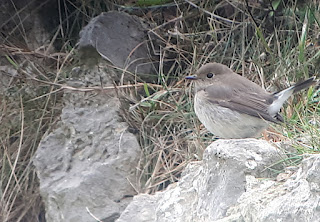 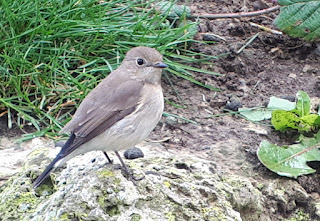 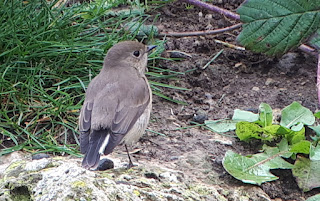 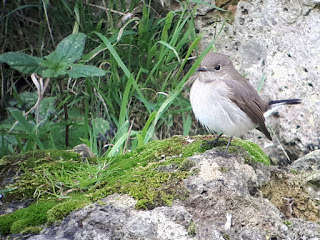 Here is a pic of a Red-breasted Flycatcher from Bempton a couple of years ago for comparison: 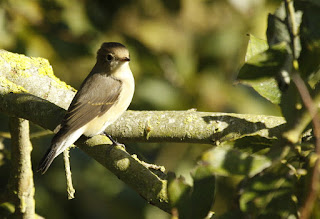 Just round the corner, a hyperactive Pallas's Warbler fizzed about non-stop in a small bunch of Sycamores, Ash and Hawthorn. A real stripy sprite, Firecrest-green above, festooned with lemon yellow stripes and a pale yellow rump. Silky white underneath. Calling every now and again which helped locate it. Absolutely impossible to phonescope! 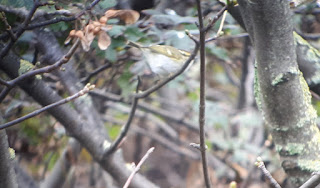