Welcome to the Pterodrome!: Madeira Trip Report September-October 2020 - Part One 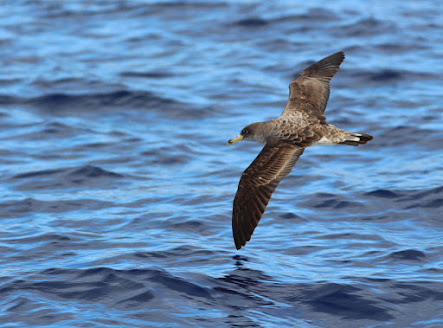 I was lucky enough to be offered a flight by my old mate Philip Precey to Madeira, an island off Portugal. He was heading there last minute to put together a wildlife trip for his company, Wildlife Travel.

The remote island of Madeira is well-known for its endemic wildlife and for hosting the only known colony of Zino's Petrels in the world, with only c80 pairs (almost close to extinction when the colony was discovered a few years ago). On the nearby Desertas Islands, the only known colony of Desertas Petrels breed, although there is some debate as to the taxonomic status of these birds and whether they are a subspecies of Fea's Petrel, which breeds on the Canaries. They are a chunkier version of Zino's. Add to this spectacular whale and dolphin possibilities, outside chance of the world's rarest seal and a host of endemic insects and plants (and a small number of land birds!), and you have one exciting destination for a few days birding!

I have recently been vicariously salivating over sightings of Pterodroma petrels down in Cornwall, made by my mates Dunc (check out his Ely10 blog account here) and Mark (@GrafhamBirder) and the chance to catch up with one of these mindblowing seabirds was not to be missed...

Flight from Heathrow (3 hours with a strong tailwind!), Coronavirus test on arrival and then restricted to our AirBnB (at Canico, just west of the airport) until the results came through. Fortunately, we had a balcony overlooking the ocean and the negative results arrived after only five hours! During this time we saw our first four Desertas Petrels and a mum and calf Bryde's Whales (!) along with about 200 Cory's Shearwaters. Once released from house arrest, we found a spot with a better view of the ocean from 6pm til dusk.

Seawatching at Porto Moniz, the northwest corner of the island (about an hour's drive), followed by visit to Europe's steepest cable car down to a secluded community, with some interesting plants. Then a visit to Pont Do Pardo lighthouse, the very western tip of Madeira, good for American vagrants (not while we were there). We had a quick look at the river mouth of Ribera Brava and nearby tiny wetland, but didn't see much.

Whale watching trip off Funchal. In a rib, with Ventura, was great with knowledgeable guides and good w-w etiquette. However, the trip which was sold as 3-4 hours only lasted 1 1/2 hours before we came back in. Nevertheless, we did get great views of Short-finned Pilot Whales and Bottlenose Dolphins. Expensive for the short duration!

We then went to the Palheiro Gardens in Funchal, a well-known spot for Trocaz Pigeons. Here we bumped into a British birding couple who said they thought they had heard Zino's Petrel before dawn that morning up at Pico Do Arieiro. This seemed unlikely, but we thought we would give it a go anyway. We went up before dusk, but sadly the peaks were enveloped in low cloud and it was drizzling! We waited an hour until dark in this spectacular location, but then gave up as it was really grim and any self-respecting petrel would have stayed at sea level in the warm! 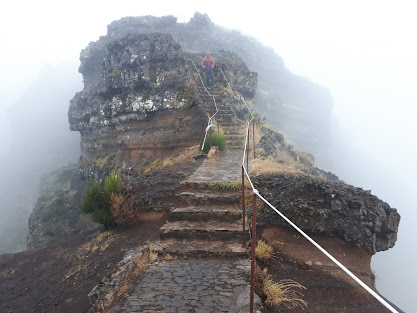 The undoubted highlight of the trip was a visit by boat to the Desertas Islands.  This was a full day trip aboard the Bonita Da Madeira and I could not recommend it highly enough. The journey was a couple of hours each way allowing great views of seabirds, including stunning views of Bulwer's and Desertas Petrels, plus Atlantic Spotted Dolphins and Short-finned Pilot Whales. Best of all, following a swim and an informative tour of Deserta Grande, we saw a Mediterranean Monk Seal! - absolute mammal mega and something we didn't really think we'd see. Most of the locals we'd asked about this species said they were very rare and elusive and hard to see, so this was an undoubted highlight of the trip. 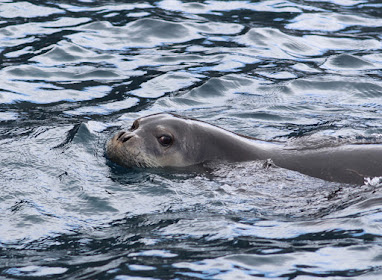 Walk at Ribera Do Frio in the morning along the lavada through the Laurel Forest. Most of the native Laurel Forest has gone, but this easy walk took us through some great natural vegetation, with some cool endemic plants.

We then went up to Pico Do Arieiro to have a look at the view in the daylight - absolutely amazing! We then headed north down to Porto Moniz for another seawatch.

Did a long walk at the eastern end of the island along the mountainous peninsula to Caso Do Sardinhia, again supposedly good for migrants etc but apart from two Greenland Wheatears, not on the day we were there. Neverthless, as with everywhere on Madeira, spectacular scenery, lots of endemic plants and a few cool birds. We checked out the river at Machico (little!) on the way back and then did a last bit of seawatching at Canico to end the trip.

If you want more specific details, please drop me a line, or check out the really useful website MadeiraBirds.com 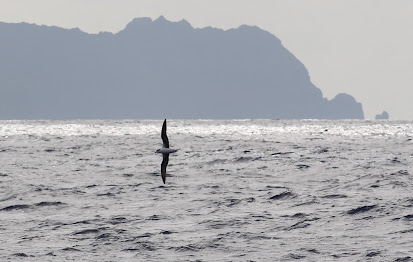 Desertas Petrel with its only known breeding island of Bugio in the background.