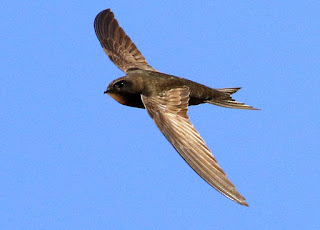 Two years ago, Peter Watson former chair of the York Ornithological Club asked me if I wanted to set up a Swift project for the York area. Swifts, that charismatic summer migrant. are declining throughout the UK, due to a loss of nest sites (as we modernise our roofs) and the massive decline in flying insects due to the overuse of pesticides. Of course I was keen to help and a small group of us met in a pub (remember when you could do that!) to divvy up jobs between us. I set up the Twitter feed (@York_Swifts), Neil offered to build the boxes and Peter said he would seek locations to put them up. Game on. 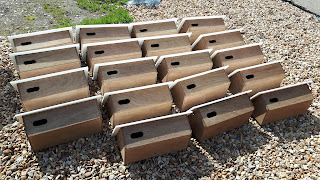 Fast forward two years and Neil had built the boxes but Peter had moved up to Northumberland, so a plan B was called for. I agreed to take the boxes off Neil and seek locations, but I wasn't sure how! I put messages on the Bishopthorpe Community Facebook page and the York Birding Googlegroup, and to my delight, the boxes went quicker than tickets for a Take That reunion tour, with lots of people keen to help, requesting one. About half of the people needed a bit of help installing them, so I dug out my drill and ladder and spent the best part of the weekend meeting up with fab people and installing the boxes. These supportive people also offered donations to fund the next batch of boxes - brilliant!! With the first Swifts arriving back in Yorkshire over the weekend, we've got them up just in time! 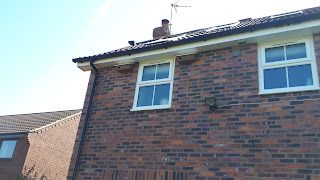 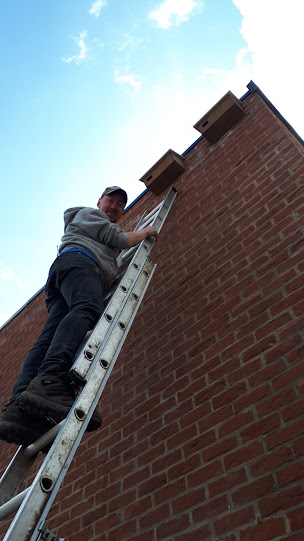 These were the last two I put up, on Lang Road in Bishopthorpe and probably the highest! With the three section ladder almost on full extension and a fresh breeze my knees were wobbling somewhat!