One of the biggest frustrations of the York birding scene is the lack of good autumn wader habitat. Besides the well-known pool at Wheldrake Ings and Bank Island, the area doesn't have a lot to offer at this time of year in terms of wetland habitat. Over the years there have been instances of new bits of habitat being created, sometimes accidentally, which have attracted lots of waders, demonstrating how new habitat can pull in birds quickly. This year, two areas have developed which are acting as magnets to migrating waders.

The first is a flooded corner of a field near Poppleton Park and Ride. It is easily accessible, by heading down Northfield Lane from the Poppleton junction of the A59, by Dobbies/Park and Ride/Vaccination Centre. You can park along the lane opposite the flood. The flooding has been there most of the year and is due to a drainage problem associated with the Park and Ride. Hopefully, the farmer will see the value of this little corner of a large field and maintain it. New wetlands tend to be stuffed with invertebrates which is probably what is holding the birds. 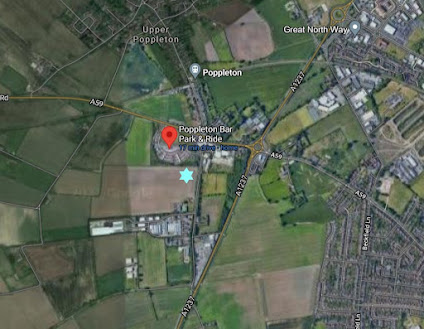 Flood is where the blue star is. 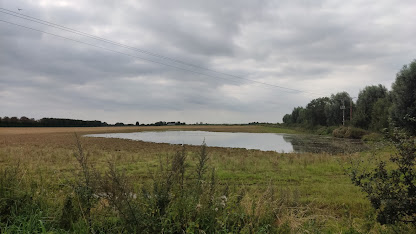 This site pulled in some waders during spring, including Little Ringed and Ringed Plovers. So far this autumn the site has had Ruffs, Dunlins, Green Sandpipers, Greenshanks, Avocets, Little Stint and Curlew Sandpiper etc, the latter three of which are pretty scarce in the York area. 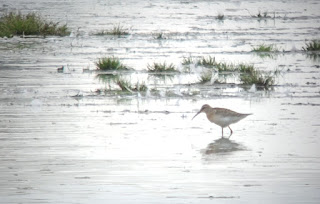 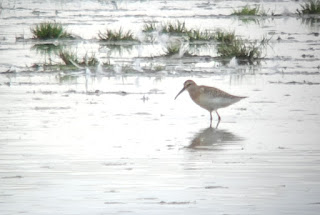 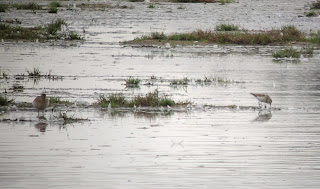 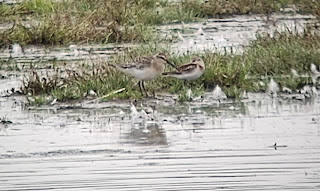 The second site has been there a while, but is beginning to develop. Caused by mining subsidence, this is also a flash in an arable field but looks likely to be there more permanently as the cause may be impossible to rectify. Access here is tricky as to view it is on private land, but providing birders are sensible, especially with regards parking, the farmer seems amenable.

The site is accessed by parking in a gateway at the head of the public footpath - see yellow star. Please take care not to block the gate. Follow the footpath and then take a right down an old runway to the base of the blue arrow, where you can look over the flash. You can walk down the side of the flash (many dogwalkers do) but you risk flushing birds. The central strip is good for Stonechats in winter. Recently, the flash has held Ringed Plovers, Greenshank, Redshank, Ruff, Wood Sandpiper, Green Sandpiper, Snipe, among other waders. The wider airfield is a cracking spot for farmland birds such as Grey Partridge, Barn Owl and Corn Bunting along with migrants such as Ring Ouzels, Redstarts, Wheatears etc on passage, and has held local rarities such as Montagu's Harrier and Great Grey Shrike in the past. 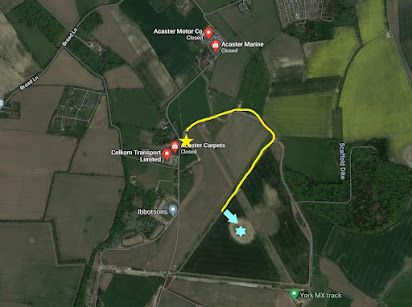 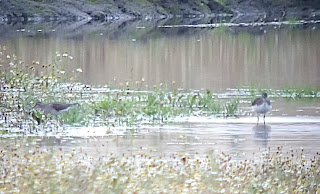 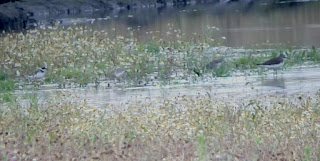 Clearly, with such little wetland habitat along the Ouse Valley near York, any little flood or puddle can pull in birds with new birds turning up daily. Hopefully one of these cracking little spots will pull in a genuine rarity before the autumn is out.