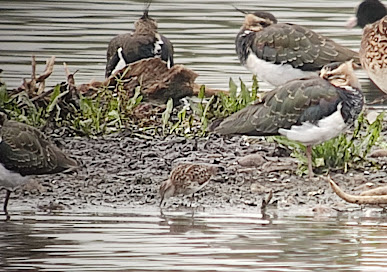 The bird's long, dull-yellow legs and crazy long toes set it apart from other peeps. As it fed, it leant forward, probing the mud just in front of its longest (middle) toe, which was quite interesting, and there was quite a bit of leg visible above the knee (well, the ankle really), before the belly. The upperparts seemed to have neat dark centres to the scapulars and coverts, with a hint of pale tramlines on the mantle, and yet the tertials and primaries seems dull brown and quite worn. The head pattern was distinctive, with the dark crown reaching the bill, split on either side with a white stripe, before a broad white superciium with a dark upper border, and a fine dark loral stripe extending beyond the eye on to the ear covers. The bird's bill was short and dainty, with a fine tip. Strangely, the bird would occasionally tuck up one leg and hop about whilst feeding (see videos) and at other times, would walk about normally. 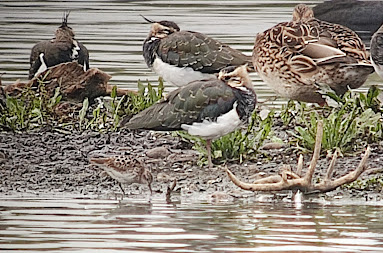 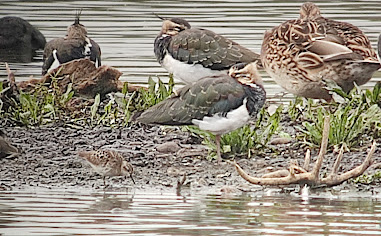 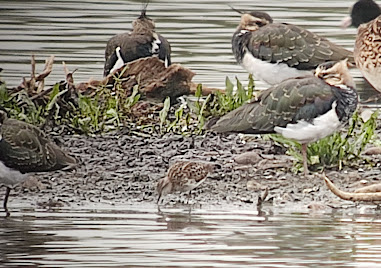 The bird really didn't look like a Temmick's Stint, but this was such a huge call, being the first in Britain since 1982 (ignoring the bird in Ireland in the 90s), that I am not surprised the observers erred on the side of the more likely species. An absolutely amazing find and something I never expected to see in Britain, let alone Yorkshire!