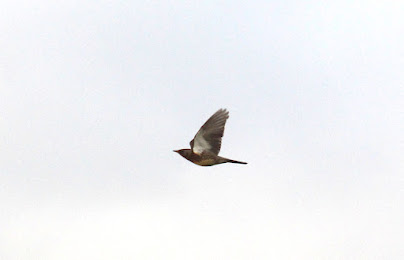 I walked a long way today. Ten miles, mostly in wellies is a bit of a killer, but it was well worth it. And that is nothing compared with how far most of the birds I saw had flown. Though none of them had wellies on. With more than a whiff of easterly wind, I started off at YWT Holmes Gut, Flamborough, which was hooching with birds. Four Woodcocks exploded clumsily out of the undergrowth, Fieldfares chacked from the Hawthorn bushes, whilst others hunted worms on the cattle-grazed pasture, with dark-beaked Blackbirds for company. Redwings accelerated out of the Gut and headed inland in flocks. Three Bramblings wheezed overhead. 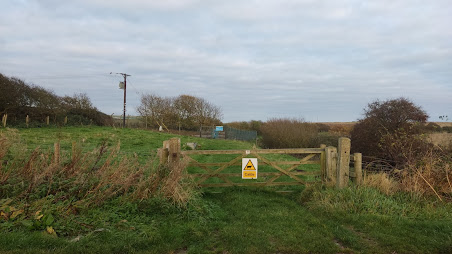 I headed round the clifftop and into Thornwick Camp. It was a bit quieter, with a couple more Woodcock, a very flighty Chiffchaff, only two Goldcrests and some showy Bullfinches. I checked the bushes, trees and hedges thoroughly. And then checked them again.

I bumped into Johnny Mac, who was heading to the Outer Head across the fields, I hooked up with him and off we stomped. 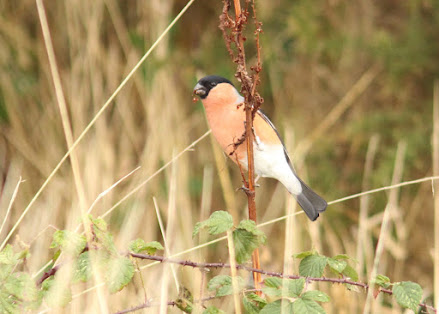 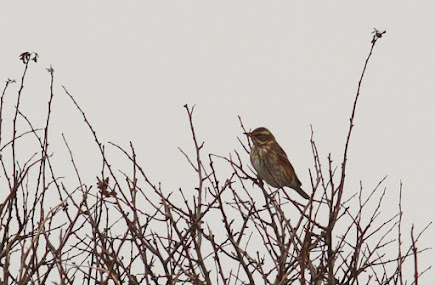 As luck would have it, two Pallas's Warblers, the iconic Siberian sprite were found as we approached the Outer Head and we were treated to great views of both birds, sporting the full fourteen stripes (crown stripe, two eyebrows, four wingbars x2). One of the birds was surprisingly vocal, perhaps it was a bit anxious by the presence of a couple of Chiffchaffs which were also calling frequently (or us, more likely). Pallas's Warblers seem to be much quieter than some of the other stripy Sibes. Yellow-browed Warbler, for instance, tend to call frequently. I have been lucky enough to many Pallas's Warblers over the years, but each one gives me the same thrill as the very first I saw back in the '80s at Cley. They are energetic balls of delight, zipping around the trees like miniature fireworks. Just gorgeous. 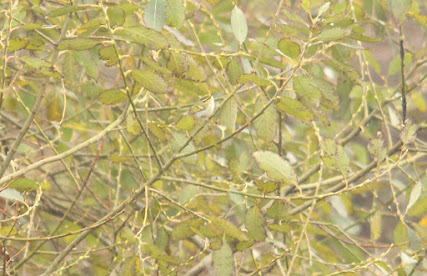 At the light faded, we headed round the Old Fall Loop, which yielded two Long-tailed Ducks with a Velvet Scoter on the sea, and half a dozen Goldcrests in the plantation.