This afternoon, I have been reccying round York in preparation for the Michael Clegg Memorial Yorkshire Bird Race which takes place tomorrow. Our team, Nevermind the Woodcocks are taking part again, so I thought I better check out a few sites and pin down a few tricky species.
A write-up of the 2017 bird race is on the York Birding website.

As it is all top secret at this stage, I won't let on where I went, save to say that I ended up at The Great Lake, Castle Howard, doing the gull roost!

The gull roost was quite spectacular! Mostly Black-headed and Common Gulls, it was probably several thousand strong. There were a handful of Herring Gulls in the mix too. Slowly scanning through felt quite therapeutic, losing myself in the subtlest of greys and white, whilst the sky above turned from ash to gold, and bruised purple as the weak sun set. 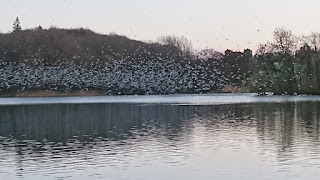 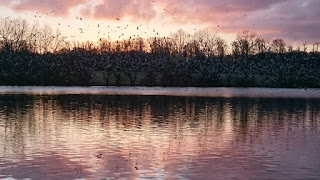 My mind was set on finding a Ring-billed Gull, but they have been pretty rare nationally this winter, so I didn't fancy my chances. Anyway, definitely worth a try! Whilst panning through the gulls, carefully checking beaks and eyes, mantle colour, tertial crescents etc, I noticed a slightly chunkier Black-headed Gull, with a nice bandit mask.... A Mediterranean Gull! 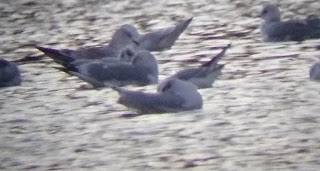 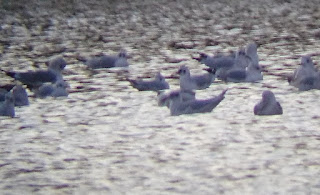 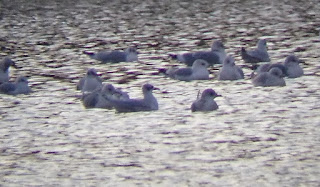 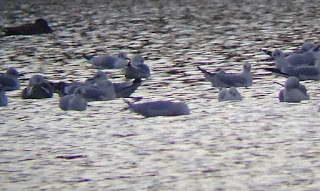 To be honest, I have found locating Med Gulls pretty hard in the York area. Despite increasing as a breeding species elsewhere in Yorkshire, and numbers wintering on the coast, they are still pretty rare round here, and I see probably one a year at most. I do wonder whether they are just overlooked with most birders focussing on the larger gulls. Anyway, just over a week ago I jammed a first-winter in the roost at Wheldrake. Then, on the 2nd, an adult graced the roost there. So I couldn't believe I was looking at my third York Med in three days! And a second-winter too, completing the plumage set. I probably see second-winters the least as they are most Black-headed-like, due to the small amount of black on the primaries, but today, I got lucky.

Anyway, reconnaissance over, I headed back west to York. Come on the Woodcocks!
at January 06, 2018