Redeemed my Christmas present from Sol (I new it would come in handy eventually) for a day out birding on the east coast. 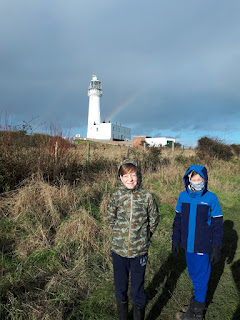 The weather looked promising, but I suspect the northeasterly was relatively new, so it was a bit early for birds to be pouring in. Nevertheless, the blow had pushed Little Auks (Dovekies in American) into Bridlington Bay, and as we walked along the sunny southside of the head, we watched a couple of small flocks heading back out to sea, like Arctic-bound bullets. 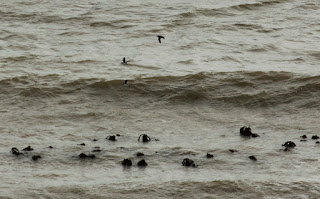 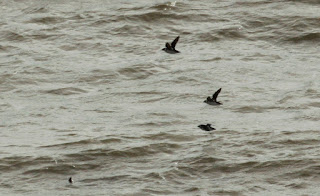 A trio of Little Auks flying past Old Fall


It was very quiet on land, with Old Fall Plantation being the only place with any migrants: c40 Blackbirds, 6 Redwings, Fieldfare, Chiffchaff, 2 Bramblings and 2 Siskins.

We headed down to South Landing, where 3 Velvet Scoters showed well, plus c70 Common Scoters and three more Little Auks flying past, plus a Short-eared Owl that came 'in off' and along the cliffs, attracting much attention from the local Herring Gulls and Carrion Crows. Welcome to England!

The kids did a bit of rockpooling while I seawatched, then it was time to head back west. 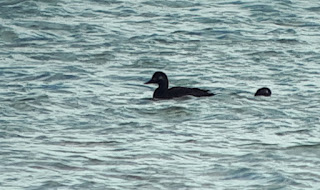 Two of the Velvet trio