Deep in the heart of Bilsdale on the North York Moors, lies Birch Wood. This bewitching woodland was bequeathed to Yorkshire Wildlife Trust a few years ago. It feels very wild, with only one path; gnarled and twisted trunks clamber out of carpets of Bluebells and ferns, ancient holly groves create pockets of shelter. Apart from the occasional rumble of a forestry truck on the Stokesley road, the only sounds were bird song and the breeze among leaves. West of the road, the woodland is younger, running down to the river. The Bluebells are again impressive, but the trees are much younger, of a more uniform age, suggesting a much more modern woodland. 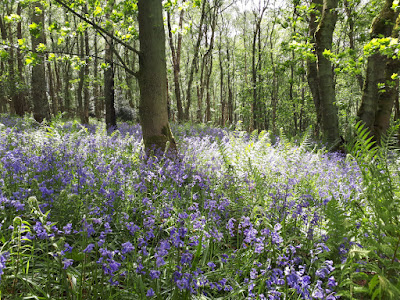 In spite of the westerly gales, in sunny glades I felt a sense of calm as I watched Pied Flycatchers singing incessantly among the new Oak leaves. I flushed a Woodcock from a Bluebell bed; I assume they breed here. Redstarts, Spotted Flycatchers and Willow Warblers added their notes to the chorus, but alas no Wood Warblers this time. 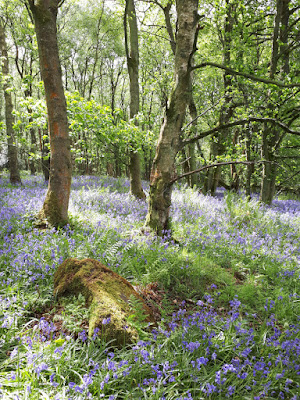 Two male Pied Flycatchers were defending adjoining territories and did not stop singing in the entire time I watched them. They flicked about in the Oaks and Birches, often remaining motionless, listening to their rivals singing, when they were hard to spot, their black and white plumage blending perfectly with the branches silhouetted against the sky. 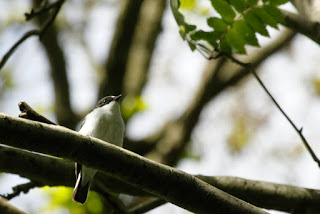 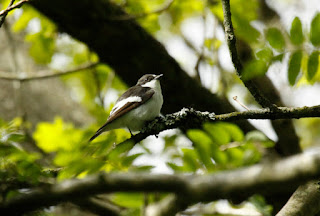 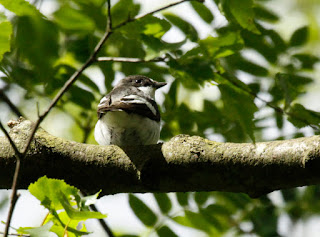 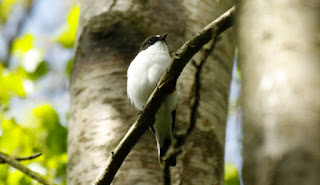 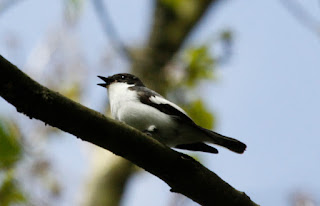 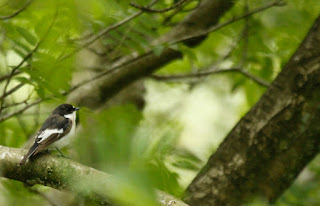