Yesterday, I got a message from John Jackson to say there was a juvenile Kittiwake on the lake at York University. This seemed quite unlikely but was accompanied by a cracking photo. I shot down there as this would be a York tick for me. I had armed myself with a can or sardines just in case it fancied a snack. Sadly, I couldn't find it. Presumably, it had just dropped in for a rest before heading off. I checked Hes East but again, no sign. Me and my sardines headed home.

I was surprised to get a message this afternoon to say it was still present. My eyes are clearly painted on.

Again, I shot down there and this time, luck was on my side and the gull was sitting in the middle of the lake, paddling around snapping up insects. Fab! Juvenile Kittiwakes are really stonking so it was great to see one of this age in the York area. It seems they have had a good breeding season along the Yorkshire coast this year given the number of juveniles I have seen on recent seawatches.  I chucked in the sardines close to the bird but it was disinterested, carrying on snapping up nearby flies. Later on, it showed interest in bread, diving in among the local Black-headeds and Mallards as a family tossed a few crusts in for the ducks. Shortly, it completely vanished and Duncan refound it down the far end of the lake. Presumably that is where it had hidden yesterday when I failed to find it.

The stormy weather over the last couple of days presumably blew this youngster inland. Let's hope it survives to make it's way back to the coast. 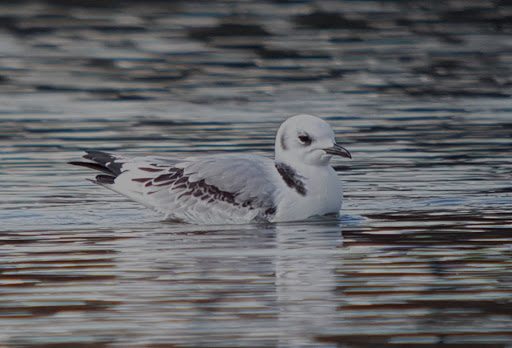 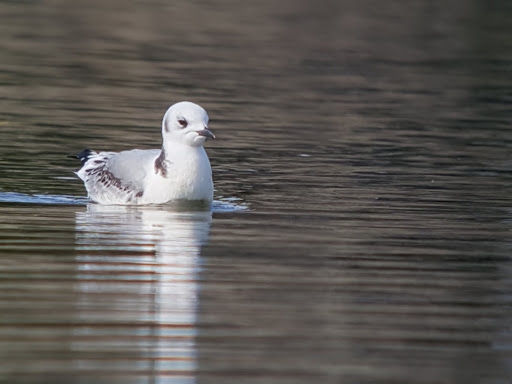 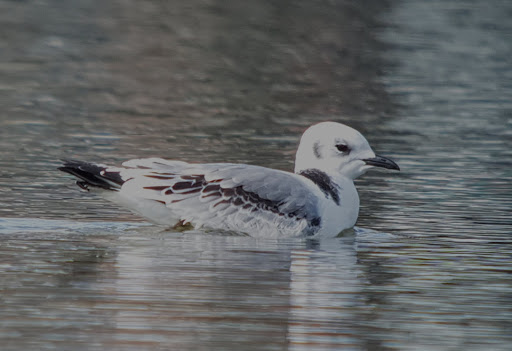