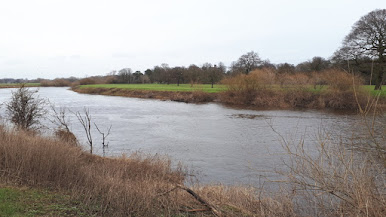 Took a walk with the family down the River Ouse to Acaster Selby, to exercise the dog. To my suprise, a distant dark duck on the river by Moreby Hall could only be one thing: the Velvet Scoter! The bird hadn't been seen since it was flushed from Wharfe Ings, near Ryther on Tuesday, so I was shocked to see it still here.

The bird was not bothered by my presence and I wish I'd brought my DLSR. Nevertheless, it was great to watch through the bins at close range and I managed a bit of phone-binning!

Bit Blair-witch this, but it's a Velvet Scoter on the Ouse! Nuts! 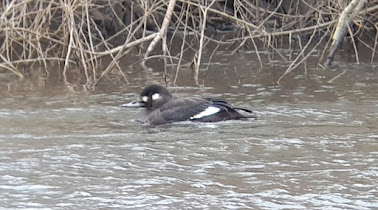 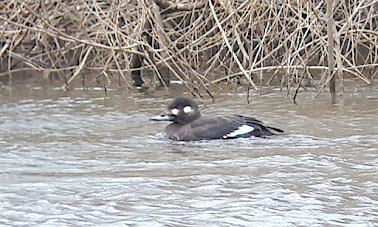 Also noted was a Chiffchaff in riverside willows near Acaster Selby and four Curlews on the ings. c500 Fieldfares were in paddocks on the east side of Acaster Airfield and a pair of Stonechats were present too.

Late afternoon, I paid homage to the Slav at Bank Island again, as it is a great little bird. Today, the sun obligingly came out and I stared into it's ruby-red disco eye. How does it see the world through those?! 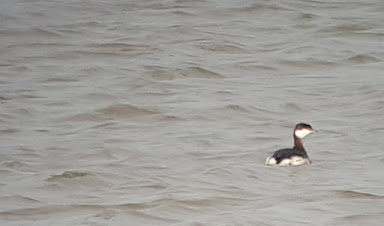 Down to the ings, still a waders job. A banging gull roost tonight, with two spanking adult Iceland Gulls and four Mediterranean Gulls. There were similar numbers of small gulls in the roost, c20,000, but larger numbers of big gulls, with c100. No sign of any Lesser Black-backs surprisingly. Also of note, a white Black-headed Gull. 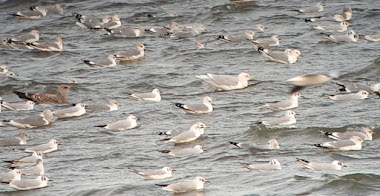 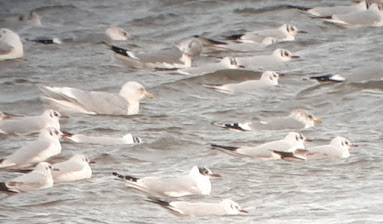 Above: Adult Iceland Gull. This one came in reasonably early and had only a little head-streaking.

Above: Adult Iceland Gull. This was the second bird, which came in late, hence the poor quality phone-scoped video. Much heavier head-streaking on this bird. 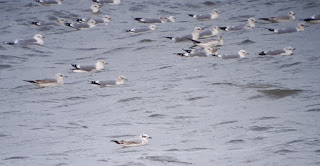 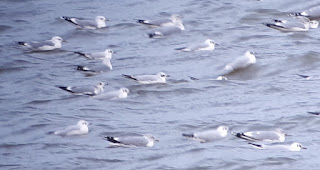 Above: First-winter Med Gull #2. A much more advanced bird, with only one dark tertial apparent. 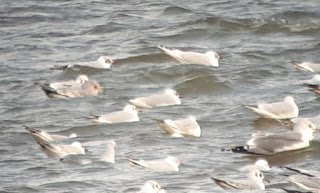 Above: Second-winter Med Gull (at the back of the flock). These can be mind-blowingly Black-headed Gull-like! 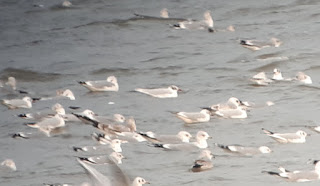 Above: Black-headed Gull. I see birds like this from time to time, with a lack of pigment in the head and upperparts, although the bare parts seem normal and the black in the primaries is still visible, so not an albino.